Nachito Herrera is one of the world’s great Cuban pianists

He blends jaw-dropping technique and rich, powerful soulfulness in an amazing display of musical power and emotion. Herrera received a nod from the state of Minnesota in 2014 when he was named an Immigrant of Distinction, and an American Heritage Award from the American Immigration Council, one of three musicians in 2012 (along with Australian Tommy Emmanuel and South Korean Yura Lee) to receive this prestigious prize. (The last Latin musician to receive the honor was Carlos Santana.)

Although he has been residing in Minnesota for the past few years, Nachito’s renown is growing. He has played multiple times at the preeminent piano festival in North America, the Gilmore Festival. In 2011 Herrera was part of a 40-city tour of American performing arts centers and theaters as the pianist in the Afro-Cuban All Stars.

Combining Western Classical music with traditional Cuban rhythms, Herrera has been at the forefront of an exciting renaissance in Cuban music. While in his twenties, Herrera took the job of Musical Director at the famous “Tropicana” nightclub in Cuba, playing every night and deepening his repertoire. He spent the late 1990s touring with ¡Cubanismo!, serving as lead pianist, arranger,and musical director as they toured the world. 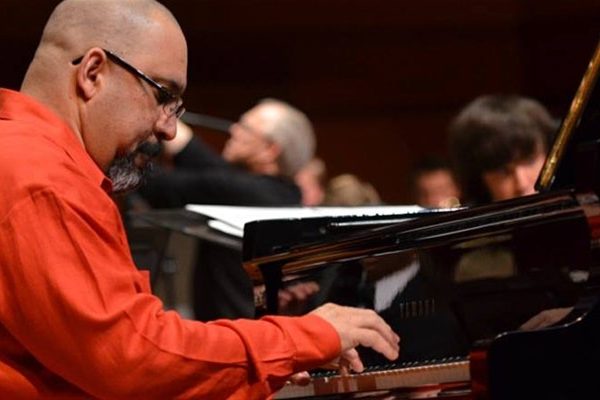