Top Men’s and Women’s Teams From China, Japan, Switzerland, Canada and the U.S. Compete This Weekend in Blaine

This weekend the U.S. Olympic Training Site for curling, Fogerty Arena and the Four Seasons Curling club, again hosts one of the top curling events in the world.

The ASHAM US Open of Curling is a three-game guarantee competition for a major cash prize ($20,000 U.S. for both the men and the women), and Order of Merit points on the world curling tour. These points are highly valued because they count toward the U.S. and Canadian Olympic Trials. This tournament provides one of the last chances for U.S. teams to accrue enough points to potentially advance to the World Championships.

The adjoining restaurant, Sticks & Stones, is a non-profit organization under 501c3 Fogerty Arena, and provides full viewing as it is directly offset from the ice. Sticks & Stones offers athlete-friendly options, as well as burgers, tacos, and gluten free and vegetarian menu items. Drink and food specials will be offered all weekend and the restaurant is open for breakfast at 8:00 a.m. on both Sat. and Sun.

Fogerty Arena is located at 9250 Lincoln St. NE in Blaine, MN. For questions contact Regan Birr at 720-470-8049 or ext. 18 at 763-780-3328, or email [email protected]. For more information visit www.fourseasonscurlingclub.com or www.facebook.com/USOpenofCurling. 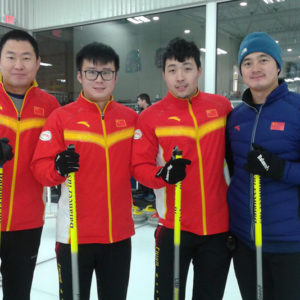