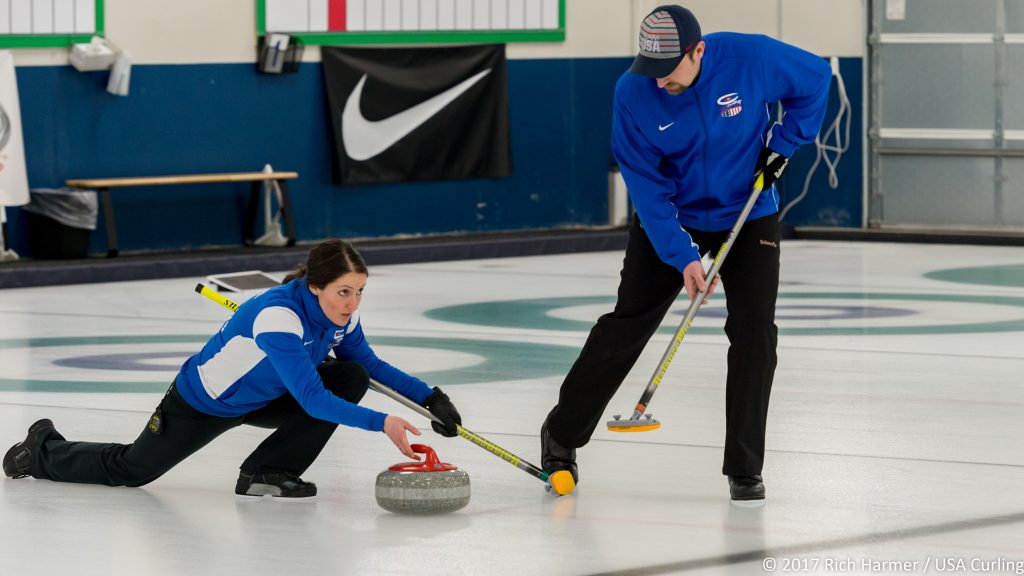 The event will take place Dec. 13-17 at Fogerty Arena, 9250 Lincoln St. NE, Blaine. Prices range from $5 for a single match to $150 for all events and a VIP experience. Many of the matches will be televised (more details coming soon).

The Team Trials for mixed doubles will be the first of its kind in the United States as the discipline debuts at the Olympic Winter Games PyeongChang 2018 this February in South Korea. Eight teams of two will compete at the Trials with the winner earning a spot on the 2018 U.S. Olympic Team, pending approval by the United States Olympic Committee.

Hosting the inaugural Trials is another first for Fogerty Arena, according to Rob Hall, general manager.

“When we added the curling and restaurant facilities in 2012, we were the first year round curling operation in North America,” Hall said. “We’re the first-ever U.S. Olympic Training Site for curling, too. Hosting the first mixed doubles Trials is a great honor.”

Many of our nation’s greatest curlers have called Minnesota home, according to Rick Patzke, USA Curling’s chief executive officer.

“We look forward to seeing the great sports fans that the City of Blaine – and the entire Twin Cities area – is known for, as well as fans from throughout the U.S. in attendance,” Patzke said. “We know the group at Fogerty Arena will work hard to make the mixed doubles Team Trials a fantastic event.”

Supporters are expected to be present in large numbers at the Trials, including Olympian and Fogerty Director of Curling Operations John Benton.

“We’re holding the Trials in one of our large ice arenas where we can accommodate thousands of people who want to see excellent competition and cheer on Team USA,” Benton said.

Ticket information is available at CurlingtownUSA.com.

A collaboration between the United States Olympic Committee and its National Governing Bodies, U.S. Olympic Team Trials are held in multiple sports prior to each edition of the Olympic Games and allow athletes to vie for the honor of representing Team USA. Often the last stop in an athlete’s journey to the Olympics, the Trials also offer fans an up-close experience with America’s sports heroes before they go on to compete on the world’s biggest stage. Selection procedures for each sport are developed by the NGBs in concert with the USOC and follow parameters set forth by each International Federation.