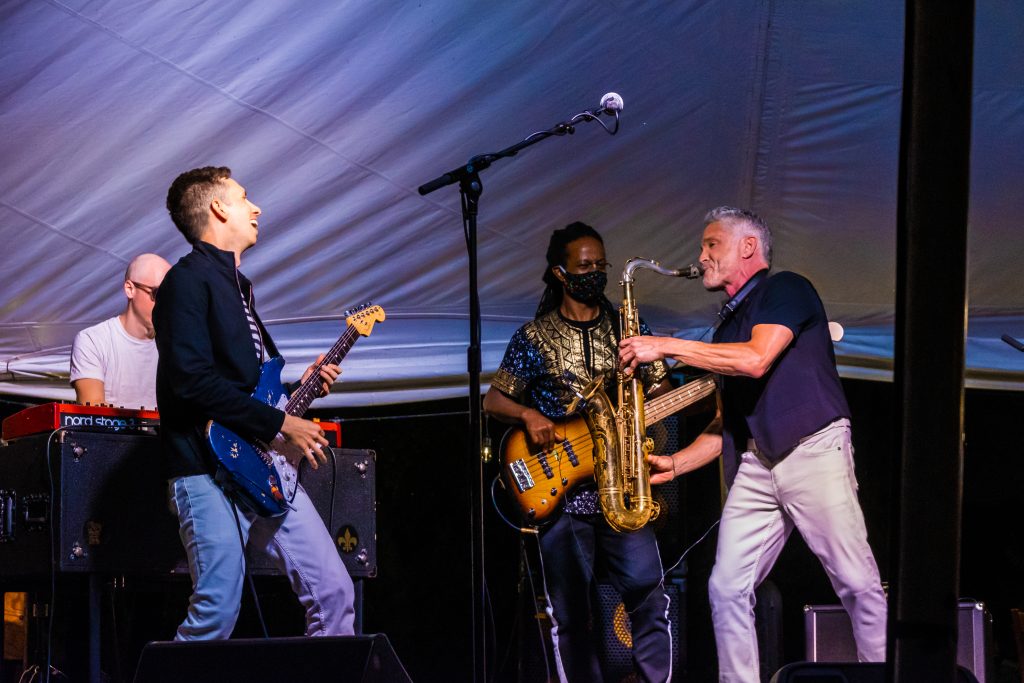 AS OF MAY 1 MASK AND VACCINATION SAFETY MEASURES CONTINUE INSIDE; ALL REQUIREMENTS LIFTED FOR BELVEDERE SHOWS

The Belvedere — with its refreshing lake breezes and views, obstruction-free sightlines, durable flooring and full-service dinner and cocktail service – opened in April of 2021. The 180-seat space transitioned from natural climate control courtesy of Moore Lake through the summer, and then introduced extra-strength heaters in the fall and winter. Concerts in the Belvedere continued without interruption until the first week of January 2022.

Next week the time-defying legend Marilyn Maye returns with a brand new show marking her 94th birthday last week. Maye’s 8th multi-show Crooners engagement plays four shows in three nights — Fri Apr 22 at 8pm; Sat Apr 23 at 5pm and 8pm; Sun Apr 24 at 7pm (all in the MainStage). Also next week one of New York’s breakout cabaret stars, Marissa Mulder, makes her Crooners debut on two nights accompanied by Jon Weber: Her strikingly sensual re-imagining of the songs of Tom Waits – “Tom… in his Words” plays Sat Apr 23, 6:30pm (Dunsmore). Stephen Holden of The NY Times called the show, which sold-out the Metropolitan Room (where it was recorded in 2013), “far and away the season’s best cabaret show.” On Sun April 24 at 7:30pm (Dunsmore) Mulder performs her latest show, “The Music of John Prine.”

Crooners March 30 benefit concert to help war-ravaged Ukraine, “Songs for Ukraine,” helped raise over $15K. 100% of ticket revenue, plus all sales of the new Zelensky Cocktail were donated Alight (formerly the American Refugee Committee) — for its Rapid Response Team in Poland — and the Ukrainian American Community Center (in Minneapolis), for shipping medicals supplies to multiple hospitals as well as protective gear for first responders. Another “Songs for Ukraine” benefit is being planned for June.

Crooners Supper Club introduced its new Maggie’s Lounge, and a number of other features (including expanded tiered seating in the MainStage, a new entrance, and increased artist amenities), after a month-long hiatus on February 15.